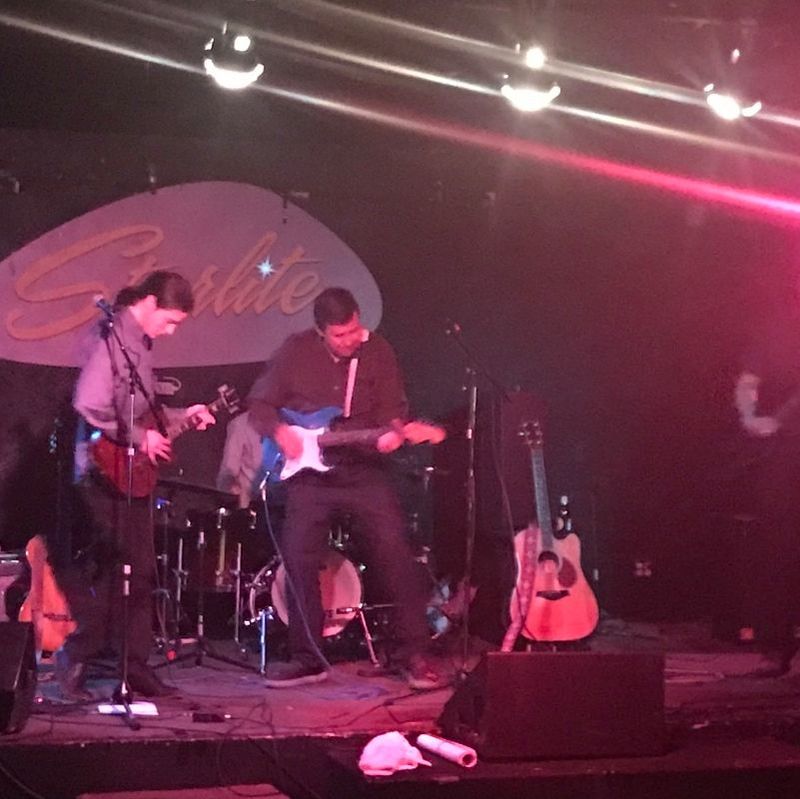 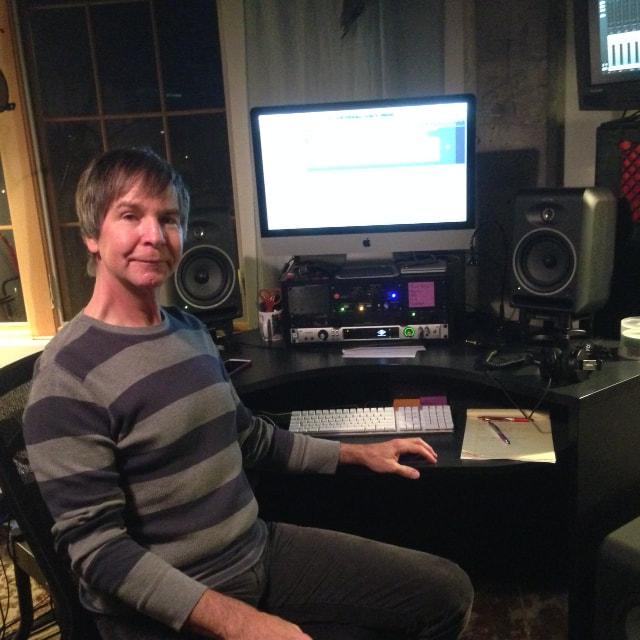 ​​Nothing Like A New Love
This song features a new nylon string guitar I bought a couple of years ago for doing slow pretty songs like this. Listen carefully to the vocals and notice how our voices blend. I told her it was like singing with a sister.
Gallatin Evening
If you have been lucky enough to fish the Gallatin River near Four Corners Montana you would have noticed the perfect size channel, the 3 distinct flow rates: riffles, pools, and deeper stretches. All three of these parts of the river are captured in this instrumental on my piano with Craig doing the strings..


​Love Won't Be the Same Without You 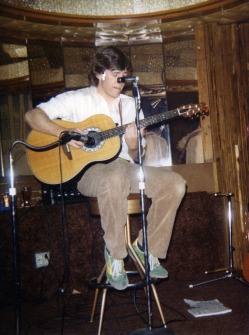 We all know what it feels like when things don't work out, she or he says goodbye, and a very strong love that you thought would last forever suddenly is gone. This is particularly true when you are young. This song was written over thirty years ago. I am pictured playing at Roses Cantina Night Club in Bozeman, Montana circa 1976 ( I know don't remind me) and the song is about playing the gig even though sometimes you don't feel like it. This song was recorded at Mike Strickland Productions in Seattle WA in 1997. The musicians are all seasoned studio and touring veterans from various bands including Heart, Jesse Collin Young, and of course the distinct  piano sound of Mike Strickland. On this one I did the writing and singing. 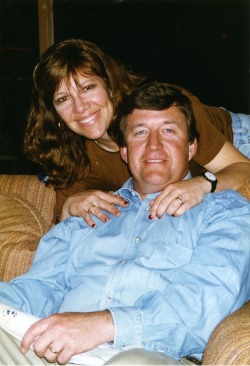 How do you thank someone for being your sidekick and best friend for over 30 years. Well you really can't but of all the songs I have written about my wife Ann, this one is my favorite. It captures a moment after we had been dating for a few years. It's message is simple: love makes life easier when you are lucky enough to have the real thing. We knew it then and still know it now.

I wrote the song in 1981 and this recording was done earlier this year. I always play it in every show I do. I never use accompaniment on this song live or in the studio. I like it with just my guitar and voice as if I were singing it just to her.

We Could Have a Time 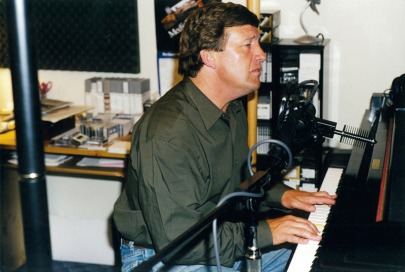 Have you ever known someone you thought was absolutely great. Pretty, smart, fun to talk to. Maybe you even considered that person as a sort of girlfriend even though in her mind it was just friends.  Well love and friendship go hand in hand or maybe not.  I wrote this song 1n 2007 and we decided to re-record it in 2017 but it didn't make it to vinyl until 202o when it was included on my third album Third Time Is the Charm.  Beth Arnoldy, my longtime associate is great on the background vocals.

This one is all about the power of a new love. All the moments that you can't forget.  Blissful, stressful...you name it. The heart can really lead you back to great moments. I am pictured below debuting this song at a show at the Temescal Cafe in Oakland. It is now called the Mixing Bowl. The beat up old piano definetly gave off some unique sounds but it was a fun place to play. The gentleman playing flute is  Bay Area great David Webber-Shapiro. David is a musician's musician and by that I mean he plays right from the heart, super smooth, and puts all of himself into the effort. The piano playing softly in the background is the one and only Mike Strickland.

Audrey Jane was around 5 years old and I tried to
capture some of the funny and touching things she
did on a regular basis.  You have to know her to
appreciate all the qualities that make her unique.
Today  she is a bit more serious, very hard working
young lady, but back then it was almost all fun
times, funny sayings, and tons of laughs. People meet
her and right away they can  tell there is something magic inside her. Well duh,
she's an angel isn't she?

This song was recorded in 1997 in Seattle WA with
the studio musicians I mentioned earlier. Jon Goforth on the
sax is out of this world. He has played with countless
big name musicians, movies, tv, you name it. Play this
song again and focus on his playing. Others on this recording are Ben Smith, drums, and Garey Shelton, bass.

My Baby Ain't No Baby Anymore 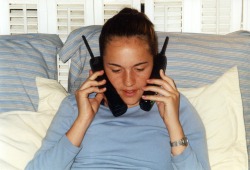 It is 1998 and Lindsay is a full blown teenager. She relished these years. Lins  was very popular and she always did well in scho0l, sports, piano, and just about anything she attempted. But the best thing was her energy, full speed ahead. I thought it would be good to write a song about the father's view of  this amazing time. Everybody loves Lins, she is amazing!

I recorded this song in 1997 in Seattle WA.  John Morton plays the guitar on this version. Can you tell he is a world travelled veteran studio musician?  Unfortunately I never met him. He recorded his tracks after I left the studio. Check out the video below of the same song done live last year. Some people prefer the polished studio sound and others like it organic and live. 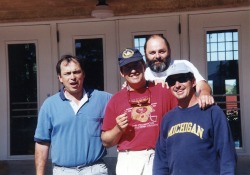 This one is for you Clyde. He  is pictured here in the back with the manly beard. Very proficient in music, fishing, and beer drinking, he makes his fellow Wisconsin natives proud. But he is kinda hip too. A great friend for life no doubt about it! Kinda crazy, kinda cool, won a Pabst Blue Ribbon when he got out of school. The other characters in this photo from a Montana fishing trip are previously mentioned Bill Cody and long time fishing buddy Steve Valle. There is a song for Steve but I only sing it around the campfire.
This song is a fictional account of a woman I met in a bar  somewhere on the honky tonk trails of Montana. Small town bars, staying at The Red Lion Inn or more often than not in my van...with the formica table with a map of the U.S......what a glamorous life it was!! The lead guitar on this song is played by  Dominic Pieranunzio, pictured with me below. I am not sure what he is better known for: ukulele virtuoso or lead guitarist for Rockslide, but either way there is only one Dominator!! 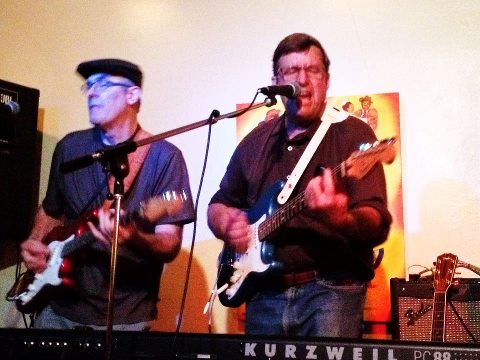